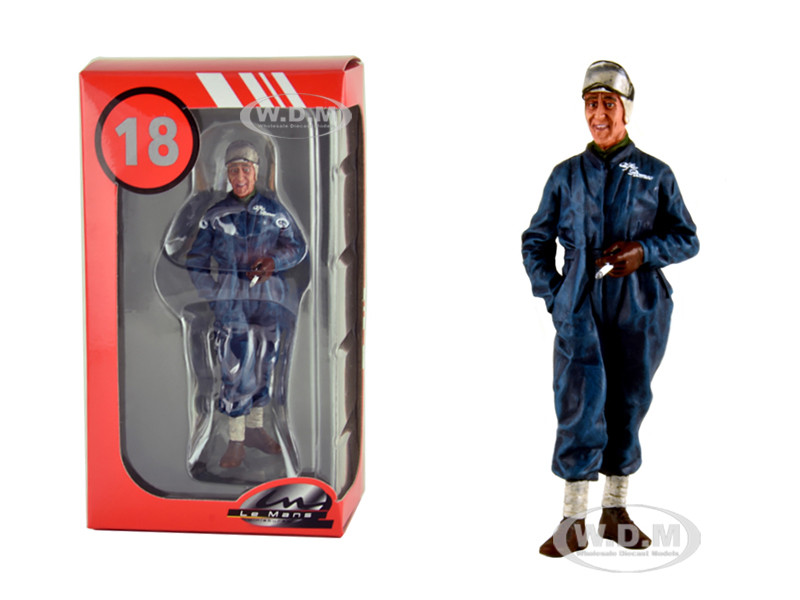 Tazio Nuvolari is an Italian driver born in 1892 and who died in 1953.  A living legend of car racing in his time, his small size and low physical strength led him to develop a particular driving style. Many people have been inspired by him (Stirling Moss for example), and especially the technique close to the drift to better enter the curves. He also leaned sharply inside the corners to alter the center of gravity of the car. We can understand why he wore this suit quite similar to that of the mechanics of the time. Ample and puffy, it allowed him ease in any circumstance. The use of the fleece bands inherited from World War I prevented the mud from entering the pants and shoes. His only participation in Le Mans 24 Hours dates back to 1933 with the Alfa Romeo team. He is associated with the French driver Raymond Sommer on the Alfa Romeo 8C #11. They emerged as winners 401 meters ahead of the Alfa Romeo #8 after a hectic race that led them to break their own record several times.