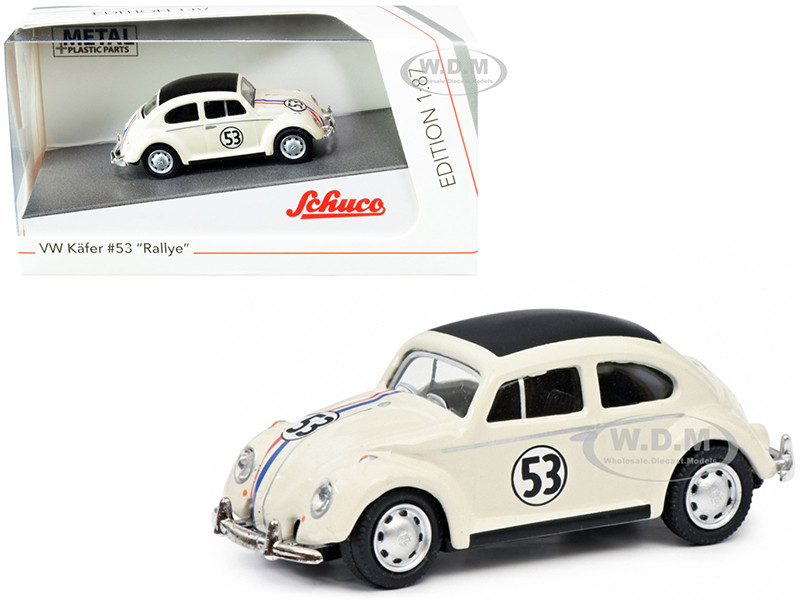 At the behest of the government, the highly gifted automotive engineer Ferdinand Porsche developed the German "people's car" at his design office in Stuttgart from 1934 on-wards. With an air-cooled 4-cylinder boxer engine and streamlined body, its design was revolutionary for those times. Later famous globally as the "Beetle", it became the most successful vehicle in automotive history with more than 22 million units produced. Schuco is going to produce a miniature model of this VW Beetle to a scale of 1/87. Edition 1/87 models come with a metal body and chassis. As is expected of Schuco models, a number of key features have been reproduced exactly with the greatest attention to detail. These models are the perfect choice for model railways enthusiasts, diorama makers and die-hard model collectors.