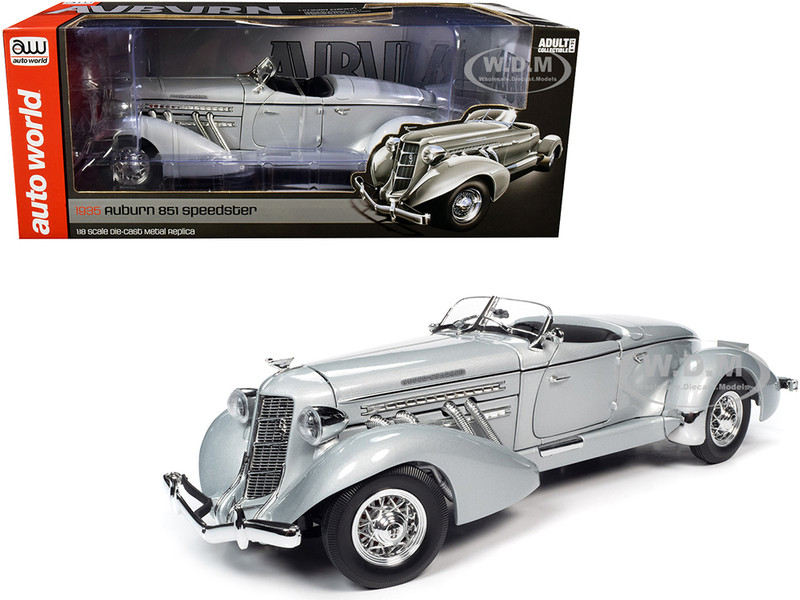 Auburn Motor Company produced vehicles out of Auburn, Indiana from 1900 through 1937. Though many of their vehicles are highly sought-after collector cars today, none are as iconic and memorable as the 851 Speedster.
Joining the Auburn Motor Company in 1934, Gordon Buehrig set forth to design what many consider his masterpiece, the 851 Speedster. The sweeping lines and the low boattail rear end influenced vehicles such as the 1963-67 Chevy® Corvette® and the 1971-73 Buick® Riviera™. Its voluptuous good looks were stoutly backed up with impressive performance from the supercharged Lycoming eight-cylinder engine producing 150hp. For 1935, this was absolutely top-tier. Pairing this power with a Columbia dual-ratio rear axle meant one thing... speed. The 851 Speedster was the first car to exceed 100mph for 12 hours straight. In fact, it was guaranteed to exceed that speed directly from the factory. Today, it is one of the most collectible American vehicles.