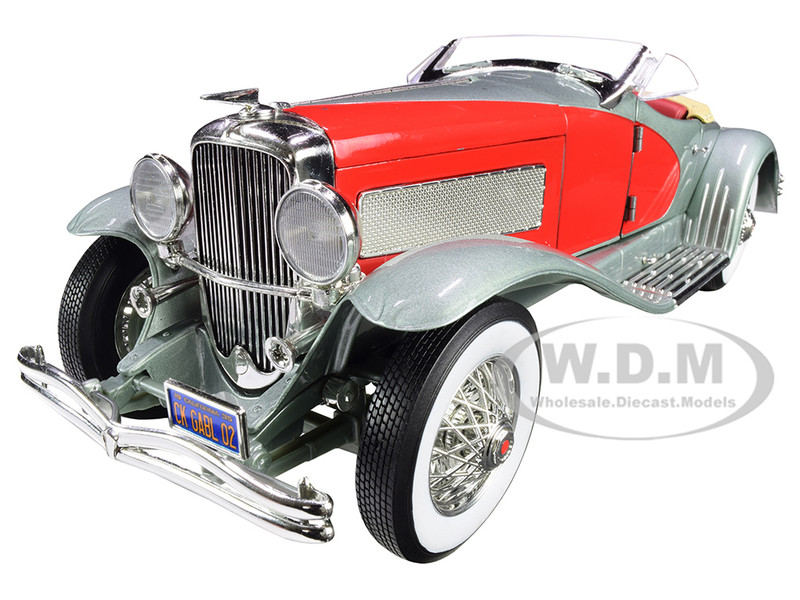 Duesenberg Motors Company was an American manufacturer of race cars and high-end luxury automobiles. Their quality and detail garnered the attention of the rich and famous across the United States in the early 20th century. One such vehicle stands above the rest—the 1935 Duesenberg SSJ Speedster. With a shorter wheelbase than the J and SJ models, plus a supercharged straight-8 with double overhead cams, it produced more than 400hp, launching the car to 140mph!
Auto World has replicated the second of the only two SSJ Speedster’s ever built—the red and metallic green Speedster that was lent to Clark Gable, an established Duesenberg customer, in 1936. The first SSJ Speedster, painted gray-on-gray, was owned by actor Gary Cooper. Both of these Duesenbergs were identical, except for their colors. As expensive and rare as these cars were, Cooper and Gable were actually known to race their cars in the Hollywood hills! Recently, Auto World also replicated Cooper’s SSJ Speedster. Look for that version and display them together!