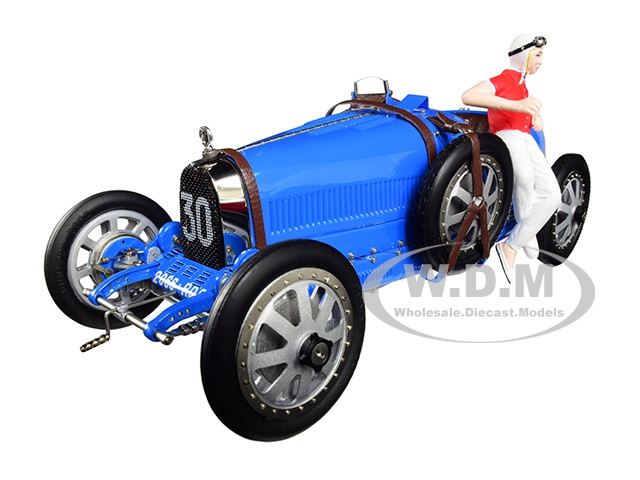 To pay tribute to courageous pioneering "speedqueens", the "Bugatti Nation Colour Project" is releasing a two-piece bundle item that consists of a Bugatti Type 35 replica in the yellow finish and an attractive female race car driver figurine. This item is only available as a two-piece bundle. Historically, grand prix racing seems to have been a domain of competition for males exclusively. But that is a misconception. As recently as 1980, Desiré Wilson, a female driver from South Africa, won the British Aurora F1 Championship at Brands Hatch Indy Circuit. There was also Lella Lumbardi from Italy, who participated in seventeen F1 races, and finished in the top six at the 1975 Spanish Grand Prix. For the legends of "pioneering speedqueens", however, one has to go back to the early years of motor racing – the 1920s and 1930s, when women were no less enthusiastic about motor racing than men. CMC is releasing two special editions in commemoration of pioneering “Speedqueens“ who raced brilliantly and success-fully in their Bugatti T35’s. Among them were Helle Nice and Jannie Jennky from France, Elisabeth Junek from Czechoslovakia, and Lucy Schell, an Irish American, to name just a few. To take Junek for instance. In a career that spanned just five years, she ran wheel-to-wheel with the world’s best drivers, redefined racing preparations revolutionarily, and became the first woman to win a Grand Prix. She remains the most successful female racing driver in Grand Prix history.