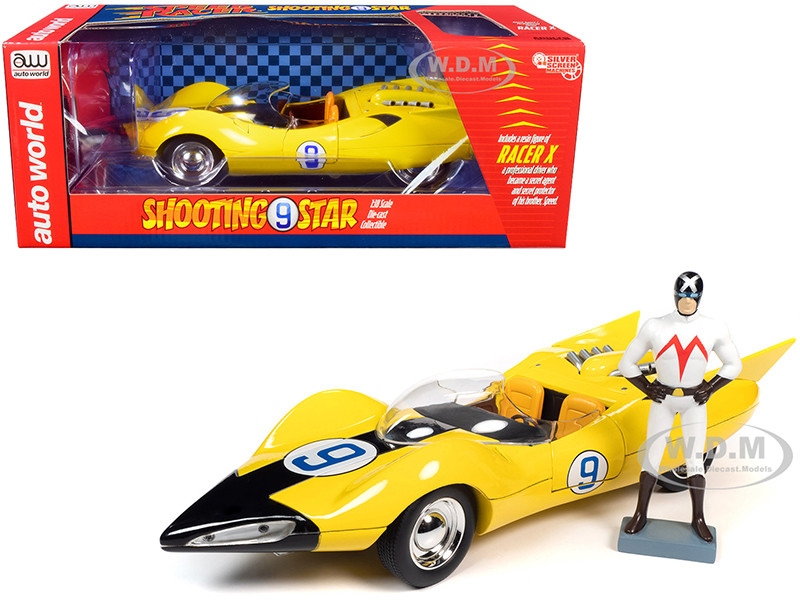 Auto World is proud to recreate an equal attraction of this anime series, the - SHOOTING STAR. This car is a strong competitor in racing and is driven by the mysterious Racer X, who happens to be Speed’s long lost brother and now secret protector. This 1/18 replica matches its silver screen counterpart in exacting detail and comes with a bonus Racer X figure.
The Shooting Star is a very agile machine painted bright yellow with a powerful engine in the rear. Its driver, Racer X, is a secret agent, so the car is equipped with many high tech weapons to fight crime. Onboard radio equipment allows him to communicate with spy/intelligence agency. Slick pumps are in the rear to throw oil behind and foil bad guys. The Shooting Star can continue racing, even after losing a rear wheel. Some of the features shown on this die-cast replica are carried over from the original Japanese Mach Go Go Go series.