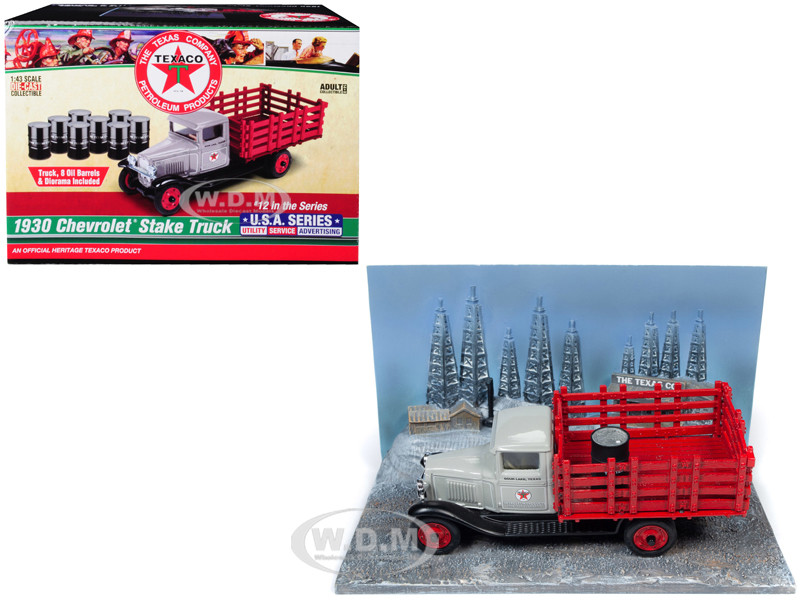 This model example of a 1930 Chevrolet® truck is an early precursor of the hard working Chevrolet® trucks that we have all come to know and love today. New trucks for 1930 were powered by a new Chevrolet® inline six-cylinder motor said to be extremely durable. The motor had an extremely modern overhead-valve design in the inline six-cylinder. Chevrolet® used this design in their motors for many years to come.
Many other companies were competing for the truck market in 1930, however Chevrolet® led the way creating trucks on the cutting edge of design for the times. Strength, durability, and innovation were core to Chevrolet’s ® revitalizing of the consumer truck market.
Originally known as Sour Lake Springs because of its sulfurous spring water popular for it’s healing properties, a series of oil discoveries and a few industrious, visionary men, brought wealth and a new oil company to southeastern Texas and the world.
The Texas Company struck oil at Sour Lake Springs in January 1903, “after gambling its future on the site’s drilling rights,” the company explained. “The discovery, during a heavy downpour near Sour Lake’s mineral springs, turned the company into a major oil producer overnight, validating the risk-taking insight of company co-founder J.S. Cullinan and the uncanny ability of driller Walter Sharp.”
The Fee No. 3 well discovery flowed at 5,000 barrels a day, securing the Texas Company’s success in petroleum exploration, production, transportation, refining and distribution.