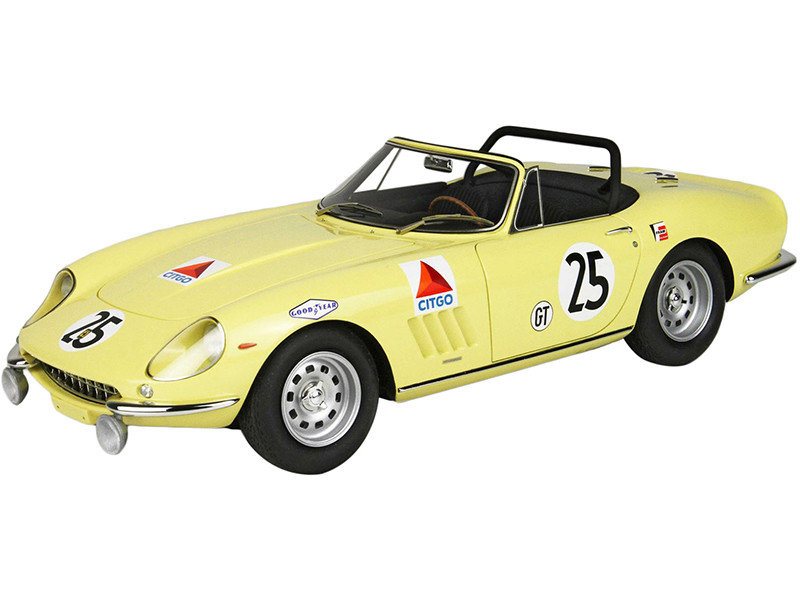 A second in class at Sebring in 1967. A feature role in an iconic Hollywood production starring Steve McQueen. A cover story in Road & Track, declaring it "The Most Satisfying Sports Car in the World."
As if that provenance weren't enough, (although it was red back then) the build specifications of Ferrari 275 GTB/4 NART Spyder chassis number 09437 GT should make any enthusiast salivate. The first of 10 made, it's just one of two with an alloy body, its potent racing-derived V-12 backed up by a five-speed transmission, sophisticated suspension, and disc brakes. Two acknowledged masters-Pininfarina and Scaglietti-sculpted its killer shape.