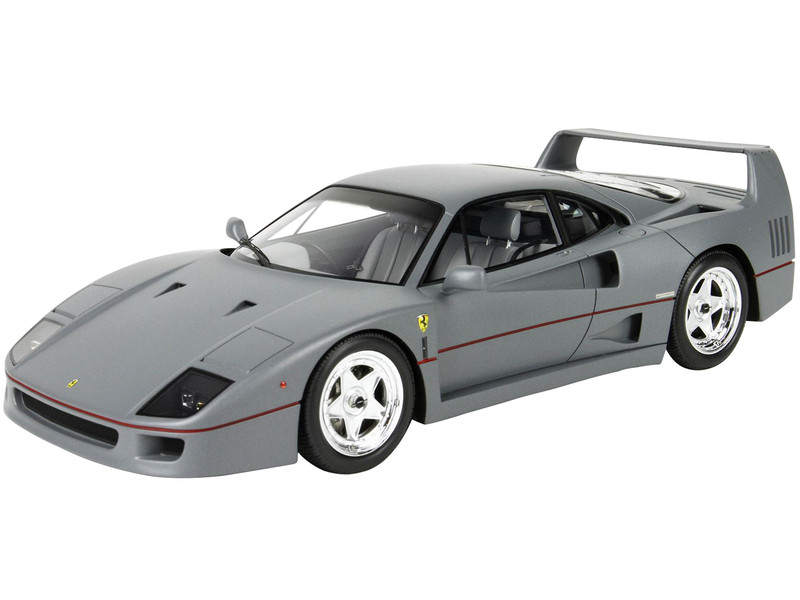 All 1315 Ferrari F40s left the factory as left-hand drive cars with a Rosso Corsa paint job. Or at least that's what Ferrari told the public back in the day. But the Sultan of Brunei got a few with more changes than just the steering wheel. Let me start by telling you that I'm not sure about the exact numbers when it comes to the Sultan's F40s. Most people, including Ferrari experts Talacrest, think that he had seven right-hand drive cars, because Pininfarina only took the conversion gig if he ordered at least six, so he went with seven because he was unbelievably wealthy. Ferrari offered buyers a choice of three seats with the F40. Depending on the size of your ass, you could go with slim, medium or wide fit buckets. His Majesty Hassanal Bolkiah is not a large man by any standard, but thought was apparently that the F40's racing seats are too uncomfortable. Not that he was ever going to drive his cars. His solution was simple, yet rather disrespectful nod to the engineering department. He wanted the F40s with the Testarossa's interior. Ferrari looked the other way, and Pininfarina set to work.