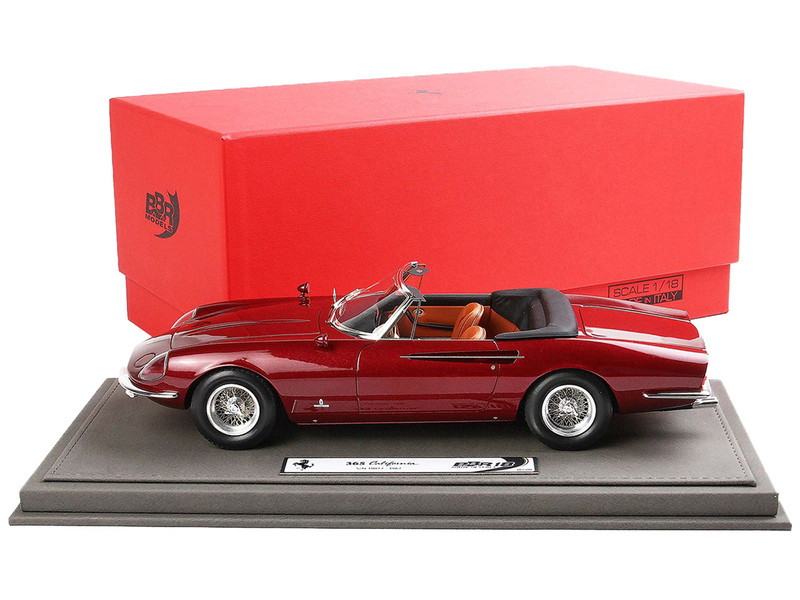 The Ferrari 365 California was, historically, at the pinnacle of Ferrari's productivity among racing cars and road cars. Only 14 of the 365 California were built. An almost invisible number if you think of the load of 275 GTB and 365 GTB / 4 Daytona that Ferrari, with Pininfarina and Scaglietti released in the same period. This beautiful 1967 Ferrari 365 California S / N 1177 is an outstanding example of one of the rarest Ferraris ever built.
New technology used to reproduce the wood inside the passenger compartment. All produced in Italy, with particular paint for the interior and seats. Modified bumpers at the rear compared to other versions. And striking chrome Ferrari lettering. Metallic ruby ​​red color. Unpublished version never made.