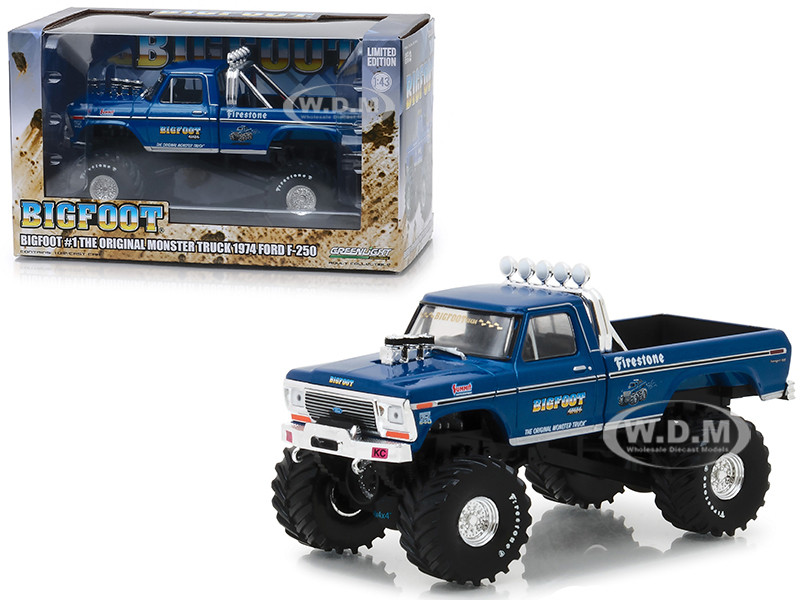 BIGFOOT, The Original Monster Truck, originally created by Bob and Marilyn Chandler as a promotional tool for their 4-wheel drive business, has been named one of the “Top 5 Marketing Vehicles of All Time.” Its worldwide notoriety led to the creation of a family of BIGFOOT monster trucks, and spawned the entire Monster Truck industry. The BIGFOOT fleet has captured 45 National Championships, set numerous world records for monster trucks, and traveled to more than 26 countries. Since 1975, more than 20 BIGFOOT vehicles have been constructed, and today the team campaigns 9 full-time mostly in North America. The team achieves more than 4 million live impressions each year and between 700 and 800 appearance days per year. 3 million BIGFOOT toys were sold in 2014 and 2015. In late 2016, BIGFOOT appeared in probably its most exciting and inspirational events yet – 2 set of Car Crushes in Kuwait at a US military base for the troops as part of the Armed Forces Entertainment/Summit Racing Equipment/NHRA Exhibition BIGFOOT Tour.